An Anxiety Canada Champion is an individual who is passionate about mental health, shares the organization’s vision and is interested in ‘championing’ our mission.

We are proud to recognize the following individuals as Anxiety Canada Champions:

John Bateman is a mental health advocate and Vice-Chair of the Board of Directors for the Robert Bateman Foundation.

John Bateman’s work as an Anxiety Canada Champion began in 2018 after he shared his enthusiasm for mental health and our organization.

Although John’s experience with anxiety began at a young age, it wasn’t until more recent years that he found relief through Cognitive Behavioural Therapy (CBT). John is passionate about starting a conversation and sharing his experience with others in an effort to normalize anxiety. 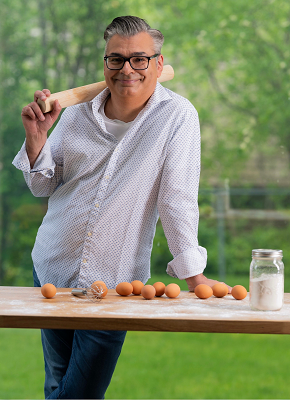 Bruno Feldeisen is a French-born Canadian chef and television personality, best known for his role as a judge on CBC’s The Great Canadian Baking Show.

After experiencing his first panic attack at age 34, Bruno sought professional help. Bruno recalls experiencing relief after his very first therapy appointment and goes on to say that CBT changed his life for the better. As a result, Bruno embraces his role as a mental health advocate and openly shares his experience, hopeful that it may encourage others to ask for help as well. 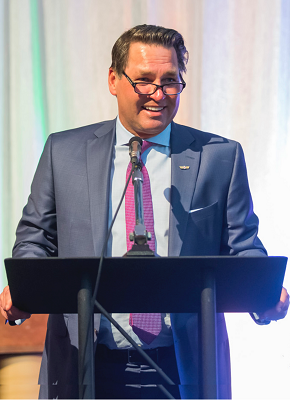 Kelly Hrudey is a Canadian former National Hockey League goaltender. Today, Kelly is working as an analyst for Hockey Night in Canada as well as a regional broadcaster for the Calgary Flames.

Kelly’s work as an Anxiety Canada Champion began in 2016 when he and his daughter Kaitlin appeared as guest speakers at our MindShift Gala.

Kelly’s advocacy in the field of mental health is inspired by his daughter, Kaitlin, who openly battles with anxiety and obsessive-compulsive disorder.

Kelly continues to support Anxiety Canada through his efforts as a mental health advocate.

Kelly shares “I’m really proud of my playing career, proud of my broadcasting career, but I think when it’s all said and done I’ll be most proud of the work my family and others have done in the field of mental health.”