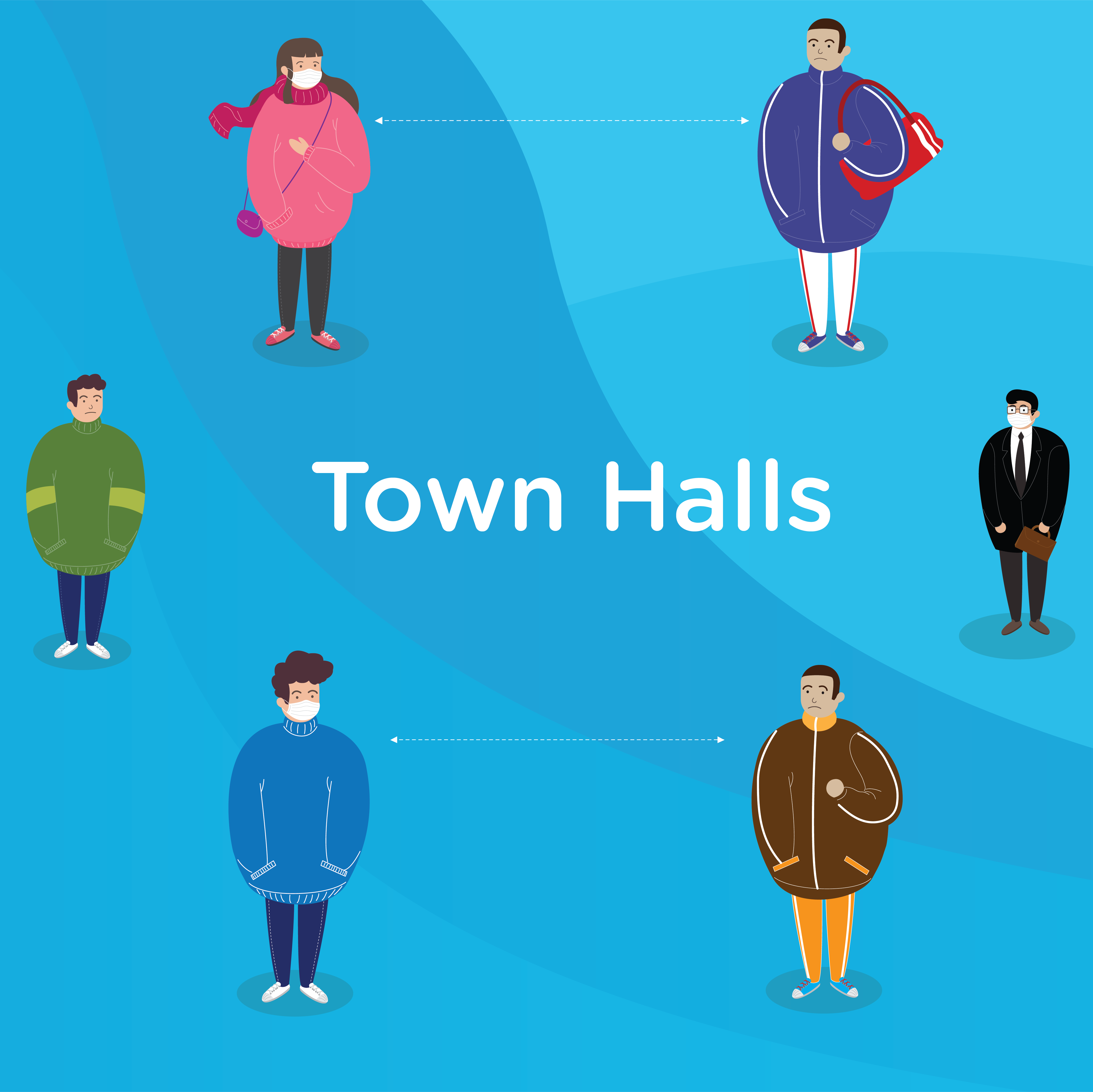 The COVID-19 pandemic has required significant changes to day-to-day life, while creating unique challenges for people prone to anxiety and those who are new to experiencing heightened anxiety.

So, how do you manage it? For effective and practical CBT strategies to cope with anxiety while self-isolating, join our host, Dan Murphy, and three anxiety experts for our second live Town Hall Episode on Thursday, April 16th at 1 pm PST / 4 pm EST via YouTube and Facebook.

Our featured guests include:

Dan Murphy is a Canadian sportscaster, who currently works for Rogers Sportsnet as host of Vancouver Canucks television broadcasts and occasionally as a rink side reporter on NHL on Sportsnet or Hockey Night in Canada broadcasts.

After graduating from the University of Ottawa with a degree in Communications in 1992, Murphy attended BCIT’s Broadcast Journalism program where he graduated in 1995. He quickly got his start in television when he joined Sports Page in Vancouver where he worked as a writer/reporter/producer from 1995 to 1999. Murphy was then hired as a reporter by Sportsnet in November 1999 and hosted Vancouver Grizzlies NBA broadcasts on Sportsnet and VTV during the 2000–01 season before joining Canucks telecasts the following season.

Dan is a published author, co-writing Journeyman with Sean Pronger.

He lives in North Vancouver with his wife Christy, daughter Marlowe and dog Peach.

In 1999, Dr. Maureen Whittal co-founded Anxiety Canada and is now co-chair of its Scientific Advisory Committee. Dr. Whittal is a psychologist at the Vancouver CBT Centre and holds appointments in the UBC departments of Psychology and Psychiatry. She is CBT certified by the Academy of Cognitive Therapy (ACT) and Canadian Association of Cognitive Behaviour Therapy (CACBT).

Dr. Whittal is an acknowledged expert in Cognitive Behavioral Therapy (CBT) and is internationally known for her work in obsessive-compulsive disorder (OCD).

Anne Marie Albano is a Professor of Medical Psychology (in Psychiatry) at Columbia University and Founder of the Columbia University Clinic for Anxiety and Related Disorders (CUCARD). Dr. Albano is a Fellow of the American Psychological Association and the Association for Behavioral and Cognitive Therapies, Founding Fellow of the Academy of Cognitive Therapy, a Beck Institute Scholar, and is board certified in clinical child and adolescent psychology. She has published more than 150 articles and chapters and is the co-author of several cognitive behavioral treatment manuals and of the Anxiety Disorders Interview Schedule for Children, all published by Oxford University Press. Her book with Leslie Pepper, You and Your Anxious Child: Free Your Child from Fears and Worries and Create a Joyful Family Life, received a 2014 Seal of Merit from the Association for Behavioral and Cognitive Therapies.

Dr. Melanie Badali is a Registered Psychologist and is certified in the practice of Cognitive Behaviour Therapy (CBT) by the Canadian Association of Cognitive and Behavioural Therapies. With over 20 years of experience working as a clinician, researcher, and instructor in the field of psychology, Melanie currently provides assessment and treatment services at the North Shore Stress and Anxiety Clinic. Dr. Badali is a registered psychology provider for Veterans Affairs Canada, the Royal Canadian Mounted Police, and the Canadian Forces. She is also an Adjunct Professor at Yorkville University and a Consultant for MyWorkplaceHealth.

Dr. Badali obtained her Ph.D. and M.A. degrees in Clinical Psychology from the University of British Columbia and she holds a B.A. (Honours Psychology) degree from McGill University. She is also a graduate of the International Obsessive-Compulsive Disorder Foundation Behavior Therapy Training Institute. Melanie joined the Anxiety Canada Board of Directors in 2013.