Andrea is a 12-year-old girl, who lives with her parents and older brother. As a baby, she had terrible colic, often crying for hours on end, sleeping poorly, and experiencing numerous food sensitivities and other allergic reactions.

As she matured, she had difficulty tolerating change and struggled with transitions into daycare, school, and managing other routine demands. Andrea’s parents say that Andrea is simply wired to be sensitive. They joke that whereas their son is easy going and predictable, that Andrea is just the opposite. More recently, Andrea has started worrying about her school performance and pending transition into high school. About a month ago, she had her first panic attack just before taking a test at school. She reported chest pain and trouble breathing, and that her heart was racing uncontrollably. Her teacher thought it was a medical emergency and an ambulance was called. Since then, Andrea has had several panic attacks at school. Each time, the school nurse calls Andrea’s mother, who comes, picks her up and takes her home. Recently, Andrea had another panic attack while out for dinner with her family. Now, she refuses to go to restaurants and has missed several days of school because of a fear of having another attack. 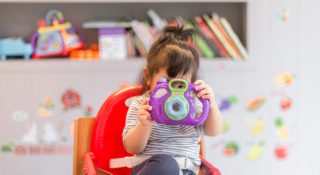 Panic Disorder Men Peer Pressure Urge to avoid or get away