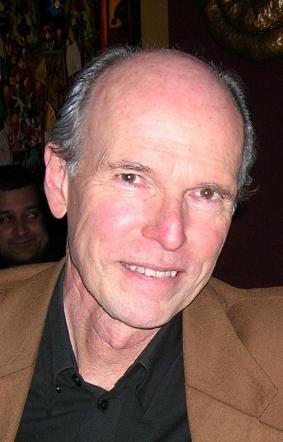 In the late 1990s, Peter McLean and I were working side-by-side with Peter as the Director of the Anxiety Disorders Unit at UBC Hospital and I was the Manager. We both found working with people with anxiety to be a rewarding experience. They responded quite well to the cognitive-behavioral strategies. One of the most frustrating aspects of our job was our inability to meet the demands for our services. People were starting to hear about cognitive behavioral treatments and their promise as a treatment for anxiety disorders, but outside of Vancouver it was difficult to obtain this specialized treatment. Moreover, there was no central source for information for the people of British Columbia.

The development of the Anxiety Disorders Association of British Columbia was Peter’s idea. He had a vision for the potential of an advocacy group comprised of consumers, family members and professionals. I had the daily contact with consumers and family members who experienced the frustration of accessing services and the improvements brought about through adherence to CBT. Our initial meeting was in the fall of 1999. There were approximately 20 people around a table that included previous consumers, professionals and family members.

It was not too long after that initial meeting that the Anxiety Disorders Association of British Columbia came into existence. Rick Cropp was the Association’s first president. Through the years Peter was a constant force in Anxiety Canada supporting the presidents that included Lynn Miller, Jacquelyn Wetherall, Donna Thomas and most recently Shelly Jones. It was Peter’s vision that brought forward the LEAF program which is now a central pillar of Anxiety Canada. He was a tireless supporter of the association and the people who volunteered their time to be part of the Anxiety Canada Board of Directors.

It is with great sadness that the family of Dr. Peter Donald McLean announces his passing after a hard-fought battle with cancer, on Tuesday, November 4, 2008. Peter’s wit, wisdom, and gentle nature touched the lives of all who knew him. His talents and hard work contributed enormously to the profession of psychology.

Born in Barrie, Ontario in 1940, Peter was an adventurer at heart, obtaining his pilot’s license in his teens and traveling to London, England, to attend university on a NATO scholarship. He shared his sense of adventure with his children, fostering their interest in skiing, sailing, and travel.

Throughout his 35-year academic career, Peter taught, conducted research, mentored graduate students, and published extensively. He was particularly involved in establishing the Anxiety Disorders Clinic at the University of British Columbia. Peter will be lovingly remembered by his wife, Lynn, his children Sarah (Ross), Brennen (Louise), Ryan (Barbara), and Carmen, and his stepchildren, Cole and Lane.

Peter will also be dearly missed by his four grandchildren, five siblings, and numerous friends, colleagues, and extended family members.

In lieu of flowers, those who so desire may make Memorial Donations in memory of Peter to Anxiety Disorders of B.C., an organization he helped pioneer, at Anxiety BC, #101 – 631 Columbia St., New Westminster, B.C., Canada, V3M 1A7.

It is with great sadness that the board members of ADAC/ACTA announce the death of Peter McLean, past president and co-founder of ADAC/ACTA.Peter McLean was a registered psychologist in Vancouver, BC, who retired from the academic faculty of the Department of Psychiatry at the University of British Columbia at the end of 2006, after some 30 years. His research and publications primarily involved the development of psychological treatments for depression and anxiety disorders. Recently he worked in the area of professional knowledge dissemination and the development of new mental health delivery systems.

Peter had a vision of bringing the provincial anxiety disorder associations together to form a national association. He worked diligently to make this a reality and in January 2002, The Anxiety Disorders Association of Canada was officially launched.In April 2007,stepped down form the role of president but remained an active board member until the winter of 2008.A student bursary will be set up to honor Peter Mclean’s work and dedication to the research of anxiety disorders.