Josef is a 16-year-old boy who is at risk of failing grade 11. Ever since his family emigrated two years ago, he has struggled to fit in with his new community.

He feels as though his teachers hold him to a higher standard than his peers, and the kids in his classes don’t seem to know he exists, having long ago developed social groups to which he doesn’t belong. For a while Josef coped by going to his uncle’s store after school where he helped out, which gave him a sense of purpose, but his uncle had a stroke a few months ago and the store has been closed since. Over the past few weeks Josef has stopped going to school. His parents are unaware that he spends the day at home, gaming online and watching TV. Josef reasons that his grades are poor to begin with so why bother to keep trying, and being at home means he doesn’t have to deal with his peers who laugh at him behind his back. Although he knows he is at risk of not passing grade 11, he figures a few weeks should be okay. 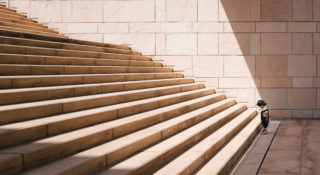