The Making of MindShift CBT 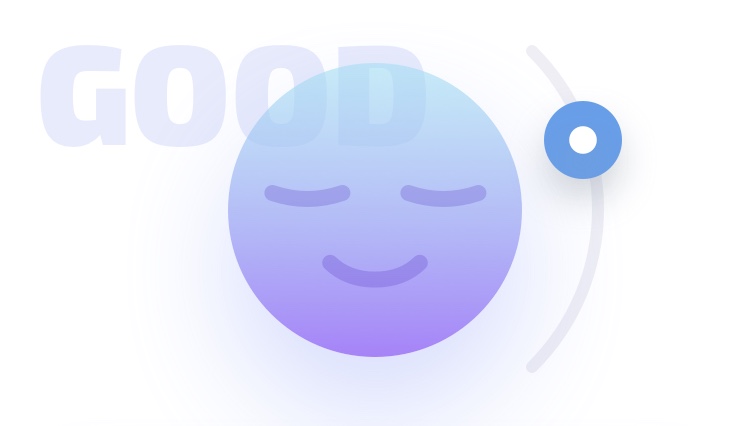 Since it was first released for iOS in 2012, Anxiety Canada’s original MindShift app has been downloaded hundreds of thousands of times by people worldwide. It is referred by educators and health professionals, and is a recommended tool in several academic institutions, in Canada and internationally.

Also in the intervening years, the public’s need for help with anxiety has become more pronounced: a 2018 poll of 1,500 Canadians found 41% of those surveyed identified themselves as “someone who struggles with anxiety”. Profit-driven app makers have entered the market catering to this need, frequently charging more than $65 per year for access to some basic mindfulness exercises.

We asked Joey Laguio, who works at Anxiety Canada, and Etienne Stemmet, Project Manager at Freshworks Studio, about what it was like making MindShift CBT in this environment of heightened expectations and competition.

According to Joey, it was important “to see the look and feel of the app get updated. We at Anxiety Canada knew that the content in the app was great, but suspected that more people would read it if it was presented in a more modern and interactive way.”

Etienne agrees: “There was a need to allow a lot more interaction. The first version of the app was very informative, which helped many users. With the new app, however, we wanted the learning to be done via doing, which in a sense allows the user to learn quicker and retain the information better. The interaction also keeps the user coming back to the app since it has many different tools that are fun and informative to use.”

Increased interactivity wasn’t the only design consideration that went into designing the app’s new look and feel, though. “Anxiety is a very sensitive matter,” Etienne says. “It is also universal and gender-neutral. So, we were very careful not to use colours or graphics that would induce anxiety by being too vibrant, while ensuring that the resulting design was still attractive and friendly. We also made sure the colour schemes chosen didn’t speak to a specific gender, thus alienating many users.”

“I wanted more people to be exposed to CBT, to be aware that it exists and that it can help,” Joey continues. “For that to happen, people need to want to use the app. Throughout the development process, I kept trying to adhere to the philosophy of the app being a kind of ‘best friend for your anxiety,’ who speaks on your level and cares for you (but also knows a few things)”.

It’s undoubtedly this philosophy that contributed to the ease with which new users can begin engaging with the app. As Etienne says, “I am proud of how the complicated theory of CBT ended being presented in a highly accessible, interesting, fun and interactive way. The concepts of CBT are a lot easier to understand when doing fun exercises coupled with the necessary information and I feel the way the app achieves this works very well.”

At the same time, there is a lot of depth to MindShift CBT for more experienced users to benefit from. In fact, Joey is “most proud of the more in-depth CBT tools, like Thought Journal and Belief Experiments. Although these are definitely the most difficult parts of the app to understand for a general user and required the most screens, getting people to start to reflect and analyze on their thoughts and the way they think is really powerful. It [helps users address] the more systemic, underlying things that might be going on in their life”.

Working on MindShift CBT was more than a job for Joey, it was an opportunity to help more people benefit from CBT: “As someone who used to suffer from very severe anxiety, often being unable to leave the house and function normally in my daily life, I know first-hand that the CBT concepts being described here can help – because they helped me,” Joey affirms.

“I performed the ‘Facing Fears’ exposure activity to help me overcome my fear of driving,” Joey continues. Initially, he says he remembers imagining “my death every time I was in the driver’s seat, and think about how my driving could take another life. However, by exposing myself slowly to my fear, and following the same concepts used in these activities, now driving is no longer a big deal.”

And, like a lot of people who have worked on conquering anxieties or phobias, Joey’s success in this area has translated into others. “Because of my success with facing my fear of driving, it indirectly helped me start going to the gym,” Joey agrees. I was also really, really afraid of going to the gym, which prevented me from taking care of myself. I would feel (and I think it’s a common feeling) that everyone was looking at me, that people would laugh because I didn’t know how to use the machines, and that everyone would judge me. But – using the concepts of CBT and gradual exposure, I pledged to myself – I would just try one new machine every time I went. And although I’m for sure not the most athletic person in the gym, I now have lost 50 lbs as a result of being able to face my fears!

“I have so many more stories about how these concepts have affected my life,” Joey concludes, “From being creative, to cooking food, to meeting new people, to opening up – to be honest, the advantages CBT has brought to my life are innumerable, which is why I feel so passionate about sharing it with others!”

Etienne agrees: “Everyone struggles with stress or anxiety from time to time. I found the information in the app extremely interesting in that it changed the way I would think about situations that would previously have caused stress.”

As deep as MindShift CBT is, the team already has big plans for the future. In the meantime, Anxiety Canada is keen to get the app into as many new hands as possible. Download up your free copy today: