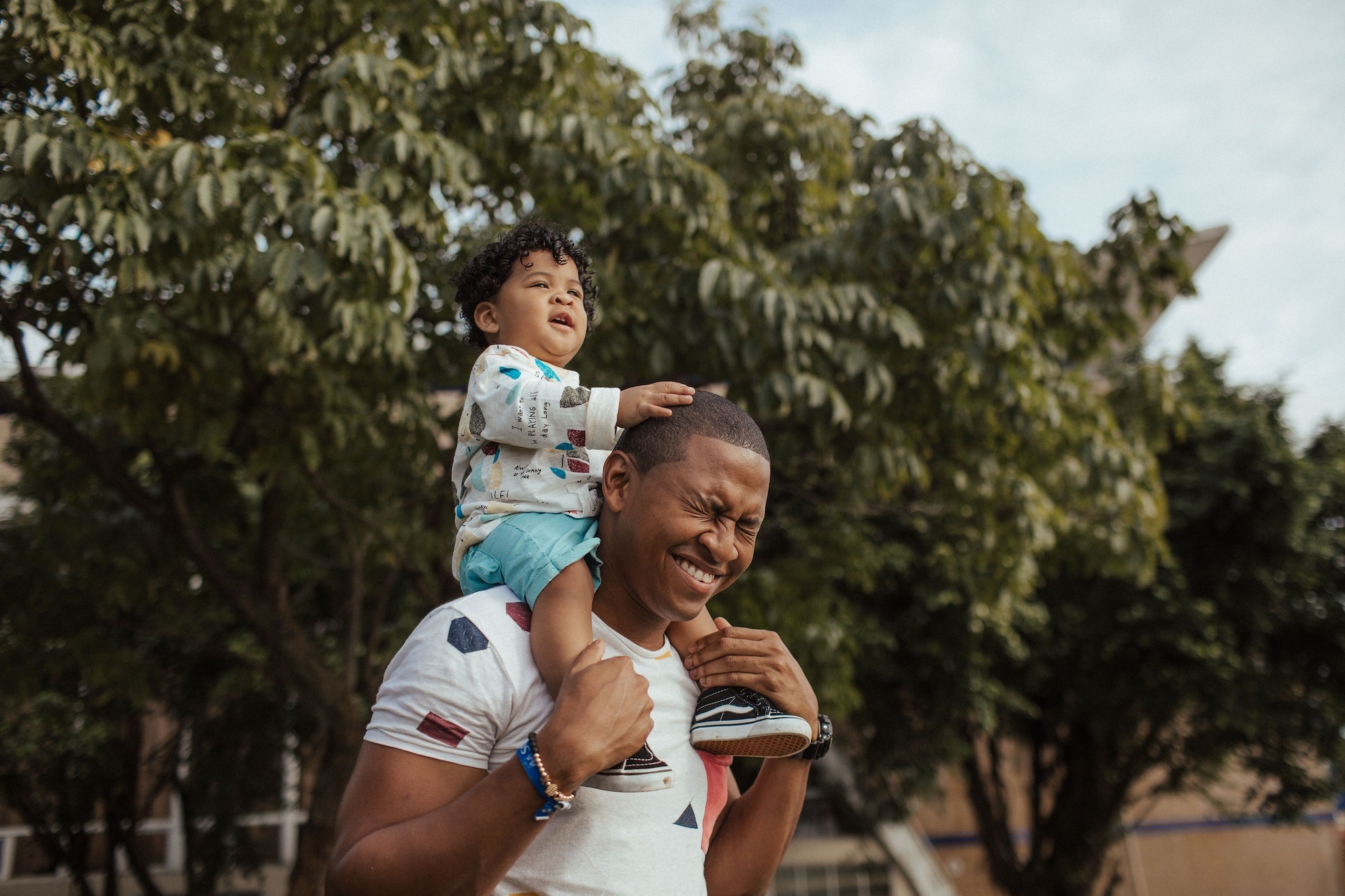 Step 1: Teaching your child about anxiety

This is a very important first step, as it helps children and teens understand what is happening to them when they experience anxiety. Let your child know that all the worries and physical feelings he or she is experiencing has a name: Anxiety. Help your child understand the facts about anxiety.

Help your child understand the facts about panic attacks.

Two hikers are going for a hike in the woods. One hiker runs into the park ranger, who warns her that a bear has been spotted in the woods. The other hiker does not receive this warning and continues on his way enjoying an afternoon hike. The hiker who was alerted to the bear is very cautious and constantly on the lookout for the bear. She becomes sensitive to anything that suggests the bear is near (such as rustling in the woods) and may decide to avoid the woods altogether and not return to the park. This is what happens when you have a panic attack. Because you have been “alerted” to it, you may find yourself always on the lookout for another panic attack. This can make you feel nervous, which may lead to another panic attack. You may even start to avoid things that remind you of the attack.

Listen! Make sure you take the time to listen to your child’s thoughts and feelings. Simply feeling heard can be very helpful to your child
Normalize! It is important to let you child know they are not alone. Lots of children have problems with anxiety and experience panic attacks.

You can help your child by giving them some tools to manage their anxiety and panic attacks. The purpose of these tools is to facilitate the most important step: facing fears. For Panic Disorder, tools in the toolbox include:

This tool involves helping your child learn to relax. Two strategies can be particularly helpful:

The next tool is targeted to older children or teens. It involves learning to identify scary thoughts that trigger and fuel physical feelings of panic. First, ask your child what he or she fears will happen during a panic attack. Examples include: “I will pass out,” “It will go on forever,” “I’ll embarrass myself and everyone will laugh,” or “I’ll die.” These thoughts tend to promote panic attacks and can be grouped into two categories:

To help your child determine whether he or she is overestimating or catastrophizing, ask the following questions:

Here are some examples of how to help your child recognize whether he or she is overestimating or catastrophizing:

Encourage your child to think about scary thoughts as a question, not a fact. Then, have your child evaluate the evidence for or against the thought. Children and teens with Panic Disorder often confuse possibility with probability. For example, just because it can happen, doesn’t mean that it likely will happen. Here are some questions to ask your child:

Help your child understand that some of the things he or she fears are very unlikely. Even though your child has had the thought many times, it has not come true. Here’s an example of how to help your child challenge overestimating.

Challenging catastrophizing: To challenge catastrophic thinking, ask your child to imagine the worst, and then help him or her figure out how to cope. Here are some questions to ask your child:

Help your child understand that some of the things he or she fears are more of a hassle than a horror, and that there are things your child can do to cope with the situation. Here’s an example of how to help you child challenge catastrophizing.

Parent: So it sounds like you are worrying about having a panic attack at school. What would be so terrible about having a panic attack at school?
Child: I might pass out and other kids would see.
Parent: What’s the worst that could happen?
Child: Everyone would be looking at me and laughing, and I would be so embarrassed I would just freeze.
Parent: Sometimes when we feel anxious we tend to catastrophize. This means that we automatically imagine the worst will happen, and we believe that we won’t be able to handle it! Do you think that you might be catastrophizing?
Child: I don’t know. Maybe.
Parent: It sounds like you are picturing that you would make a huge scene if you had a panic attack, but the last panic attack you had at school was nothing like that. You left the school and went outside to get fresh air. Besides, does it really matter what everyone thinks?
Child: Well, it would be very embarrassing.
Parent: Have you ever been embarrassed before?
Child: Um…yeah, once I tripped down the stairs at school.
Parent: Were you able to handle being embarrassed?
Child: Ugh, A few people laughed – I thought I would just die… But I guess after a while it was okay – no one seems to remember now.
Parent: I wonder if you could handle being embarrassed if you had a panic attack?
Child: Well…I guess it wouldn’t be that bad.
Parent: What could you do to cope if you did have a panic attack in class?
Child: Um…I would probably want to leave, and be alone. I guess I could excuse myself and go to the bathroom.

Tip: Younger children may have a more difficult time identifying exactly what they fear. However, they can benefit from coming up with some coping statements that they can say to themselves to help them deal with a panic attack. For example, “It won’t go on forever, it will end,” “My stomach is upset, but I’ll be okay” or “If I have to take a break, I can leave class and come back after.”

It’s not easy facing fears, so it’s a good idea to develop “coping cards” that your child can carry with him or her during the day to help manage anxiety.

The most important step in helping your child manage anxiety and panic is to face what he or she fears. This includes:

Children and teens with panic disorder are typically sensitive to physical sensations, such as increased heart rate, stomachache, or chest pain. In order to overcome panic, they need to repeatedly bring on the sensations they fear, so that over time those sensations no longer make them anxious. This also gives them a chance to discover that their fears do not come true (for example, they don’t pass out). Here’s a list of exercises you can try with your child to trigger physical sensations.

Model each exercise first and tell your child what you felt after doing it (For example: “Running on the spot makes me feel out of breath”). Then, have your child try each one, and rate his or her anxiety level from 0 (no fear/anxiety at all) to 10 (very severe anxiety/fear). Use the Fear Thermometer to help with the ratings. Identify the exercises that cause the most anxiety and bring on sensations that feel very similar to what your child experiences during a panic attack.

Tip #1: Practices should be planned in advance and you should aim to have at least one practice session a day. The more your child practices the faster his or her fear will decrease!
Tip #2: Have the whole family try the exercises. Everyone can say what feelings they have after the exercise, and how anxious they feel.

It is important for your child to start entering situations that he or she has been avoiding due to fears of having panic attacks. Help your child identify feared situations or places, such as going places alone, entering crowded stores, or riding the bus. Then, arrange the list from the least to the most scary. Starting with the situation that causes the least anxiety, encourage your child to repeatedly enter the situation and remain there until his or her anxiety decreases. Once your child can enter that situation without experiencing much anxiety, move on to the next item on the list. Let your child know that he or she will experience anxiety when facing fears – this is normal.

Don’t be discouraged if your child reverts to using old behaviors. This can happen during stressful times or during transitions, such as going back to school or moving, and it is normal. It just means that your child needs to start practicing using the tools. Remember, coping with anxiety is a lifelong process.