People who are anxious not only avoid situations, but also often develop habits or “fixes” they rely on to temporarily alleviate their anxiety. In clinical terms, these are called safety behaviours.

Quick fixes feel good in the short run, because they relieve anxiety temporarily. In the long run, however, they just keep your anxiety going. You act as if what you are afraid of is true, so quick fixes usually serve to confirm rather than disconfirm your fears. In addition, these fixes are often a lot of work, so they leave you tired and irritable.

Jennifer hides the kitchen knives and bars the kitchen door so she doesn’t accidentally stab her baby while sleepwalking.

This temporarily relieves Jennifer’s anxiety so she can fall asleep. But in the long run, by acting as if it is true that she might stab her baby, her fear is likely to continue day after day. Every evening as she goes to bed, she is basically giving herself the message, “I am a dangerous potential baby-killer, and I have to protect my baby from me.”

Here is another example:

Salima worries that Arman isn’t sleeping and feeding on a proper schedule. He cries often, and she gets worried something might be wrong when she can’t easily console him. She has visited her family doctor several times this past month to discuss these concerns. When her doctor reassures her that Arman is developing on schedule, but is just a bit fussier than some other babies, she feels better, but this only lasts a couple of days. She spends time every day looking up what being a fussy baby might be a symptom of on websites, and ends up reading about all kinds of rare but terrible conditions.

While Salima’s moment-to-moment anxiety is relieved by her safety-seeking, what is happening to her in the long run? She ends up preoccupied by fears about how her baby is doing and whether she is a competent mother, instead of focusing on other things. She cannot learn to trust her own judgment about the baby’s growth and well-being. She’s acting as if she believes she is not capable of trusting herself to take good care of Arman, and by acting in accordance with her belief, she continues to believe it. Acting this way is like sending herself the message, “I’m not a good enough mother; someone else would have sorted this out by now,” over and over again.

Resisting the habit of quick fixes

Quick fixes are tricky because they make you FEEL safer, but don’t actually MAKE you safer. They are a lot of extra effort and usually result in more anxiety over time.

You can break this habit by following a basic rule: when you identify an action as safety-seeking, try doing the opposite. Act as if you don’t believe your anxious thoughts. Instead, act as if you believe you are safe and confident in your own judgment. This way you can prove to yourself that you are safe, without all the extra effort.

You can also use the Real Life Exposures and Anxiety Experiments tools to reduce your quick fixes. Here is a sample fear ladder with steps that involve not doing the quick fixes:

Goal: Act opposite to anxiety. Act as if I am confident that I am absolutely no danger to my baby. 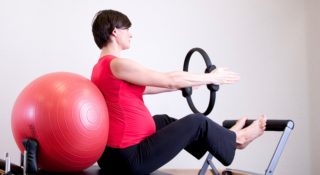 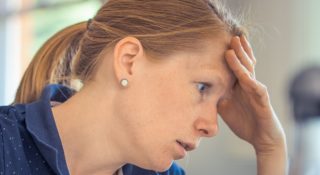