People with panic disorder experience unexpected and repeated panic attacks. They become terrified that they may have more attacks and fear that something bad will happen because of the panic attack (such as going crazy, losing control or dying).

What are panic attacks?

A panic attack is a sudden rush of intense fear or discomfort, which includes at least 4 of the following symptoms:

Panic attacks tend to start quickly and reach a peak within 10 minutes. The peak generally lasts for about 5 to 10 minutes before the symptoms start to settle. However, it can take quite some time for all the symptoms to subside.

What is the difference between panic attacks and panic disorder?

TIP: Symptoms of anxiety and panic can be the result of a medical problem (e.g. thyroid disorder). Therefore, it is important to have a medical check-up to rule out any medical conditions.

What Other Behaviours Are Related to Panic Disorder?

Adults with panic disorder will often change their behaviour to feel safer and try to prevent future panic attacks. Examples include:

MAP is designed to provide adults struggling with anxiety with practical strategies and tools to manage anxiety. To find out more, visit our My Anxiety Plan website.

Charlie’s Story
Charlie is a 44-year-old married man with three teenaged sons. He has been on leave from his job as a bank teller for the past 5 months. He had his ...

Sharon’s Story
Sharon is a 38-year-old single mother of two daughters who works as a fitness instructor at a local gym. She had her first panic attack in her teens while ... 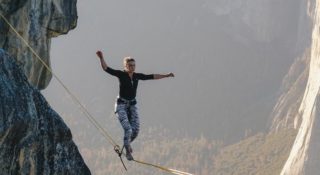 5 Tips for Dealing with Panic Attacks – The BRAVE Way